Following California’s vote for legalizing marijuana more than two years ago, San Francisco has made the unprecedented step to automatically expunge 8,000-plus marijuana convictions going back to 1975.

Gascón had announced last year that San Francisco would move to automatically expunge convictions for cannabis offenses made legal under California’s Proposition 64. Sifting manually through records, however, would have been timely and costly and a vast majority of convictions had remained untouched.

So Gascón’s office teamed up with nonprofit technology company Code For America, which developed an algorithm to identify eligible cases and expedite the clearance of convictions. The computer program reads and interprets conviction data, evaluating eligibility for thousands of convictions in minutes.

“We believe the work that has gone on in the past few months creates a real blueprint for the future, and the development of policy and technology that expands, streamlines, and automates the clearance process at scale,” said Jennifer Pahlka, founder and executive director at Code For America. “We believe that contact with the criminal justice system shouldn’t – and really can’t – be a life sentence for people in our community.”

Code For America identified 8,132 eligible misdemeanor cases. Adding to the little more than 1,000 cases that had already been identified and dismissed by the attorney general’s office, the city will have automatically dropped or reduced a total of 9,300 cases dating back to 1975.

Code For America believes their algorithm, if used in states that legalize marijuana by the end of 2019, could clear more than 250,000 records.

“Prosecutors should act to address the inherent unfairness of penalizing people for activity that is no longer illegal,” Gascón said. “Using technology, we have been able to proactively bring greater racial equity and fairness to marijuana legalization in California. I am thrilled to see other counties and states following suit by offering similar relief in their communities. It’s the right thing to do.”

With @codeforamerica, the @SFDAOffice becomes the first county in the country to finish the automated marijuana record clearance process. 8,132 marijuana-related convictions have automatically been cleared. This adds to the 1,230 convictions that have already been expunged.

The identified cases have been sent to court for the dismissal and sealing. Gascón said his San Francisco district attorney’s office does not have the bandwidth to individually notify everyone impacted, but any members of the public can call to check on the status of their conviction.

Clearing convictions are expected to have a massive ripple effect on people’s lives. A criminal conviction brings with it collateral consequences, including a multitude of penalties and disqualifications that place burdens on a person trying to re-enter society and lead a productive life. 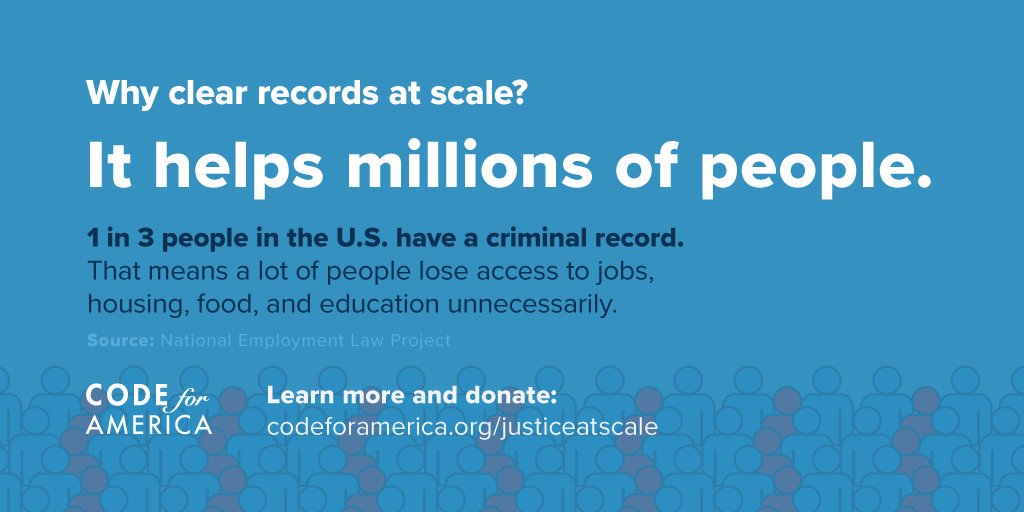 The cleared records will help those with past marijuana convictions gain employment and be approved for housing, school loans, government benefits, and other opportunities they may have been denied opportunities to because of their past.

“We’re offering people an opportunity to get housing, to get an education, to get employment. A felony conviction – if you’re a parent – may preclude you from participating in school activities with your kids,” said Gascón.

“This can go on and on and on. We believe in giving people a second chance, as a society, and a community. And yet everything we do really speak against that. We keep people from getting good housing, from getting a good education, from participating in the education of their kids, and then we wonder why people reoffend, when we marginalize them to such an extent.”

California is one of 10 states to have legalized recreational marijuana, despite it remaining illegal under federal law.

Keep up with the nation’s growing cannabis industry and efforts to reform marijuana policies by regularly visiting the Medical Marijuana, Inc. news page and connecting with us through Facebook and Twitter.