U.S. Surgeon General Jerome Adams says that more research regarding the effectiveness of cannabis is needed.

During a national summit on police efforts to address the national opioid crisis this month, Adams called for a review of the way the government classifies substances like marijuana. According to a report from the State House Wire Service, he specifically voiced concern that cannabis’ current classification as a strictly controlled substance hinders research into its therapeutic potential. 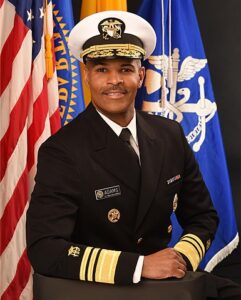 “I’ll take it somewhere else: marijuana. We need to look at the way we schedule different medications across the board, because one of the concerns that I have with marijuana is the difficulty that the folks have to do research on it, because of the scheduling system.”

Surgeon General Adams’ comments in support of cannabis studies this month are not the first time he has called for more research on the effectiveness of medical marijuana.

Last year at the National Black Caucus of State Legislators, he argued that cannabis should be studied and treated like other medications.

“Unlike medical marijuana, I believe it should be like any other drug,” Adams said at the time. “We need to let the FDA vet it, study it, vet it. The FDA has actually approved… some derivatives of marijuana.”

Cannabis is currently a Schedule I substance under the Controlled Substances Act (CSA), the most restrictive of the DEA’s five categories.

The legal status causes hurdles for researchers, who must acquire a Schedule I research registration from the DEA and obtain cannabis material from a single federally licensed source. The additional obstacles cause delays and increase funding requirements that obstruct and deter the collection of data.

The Drug Enforcement Administration (DEA) reviewed the classification of cannabis back in the summer of 2016, but ultimately decided to leave it in Schedule I.

However, support to reschedule cannabis is growing among members of Congress, scientists, and advocates. Organizations representing veterans like the American Legion have also made public calls for marijuana rescheduling to facilitate more research.

Some lawmakers have also attempted to address the cannabis research issue through legislation. Earlier this year, Rep. Matt Gaetz (FL-01) introduced the Medical Cannabis Research Act, which would require the federal government to approve more facilities for the cultivation of marijuana for medical research. It was approved by the House Judiciary Committee, but never brought to a full floor vote.

Two-thirds of Americans now support marijuana legalization. Last month, the public was offered an opportunity to share their thoughts to the federal government after the FDA put out a request for comments on the classification of cannabis. An overwhelming number of the more than 10,000 comments the agency received called for federal cannabis reform.

Despite obstacles related to cannabis’ federal classification, thousands of studies investigating its therapeutic potential have been conducted.

You can learn about their findings by visiting our education page, and keep up with the latest studies as they’re published through our scientific research page.